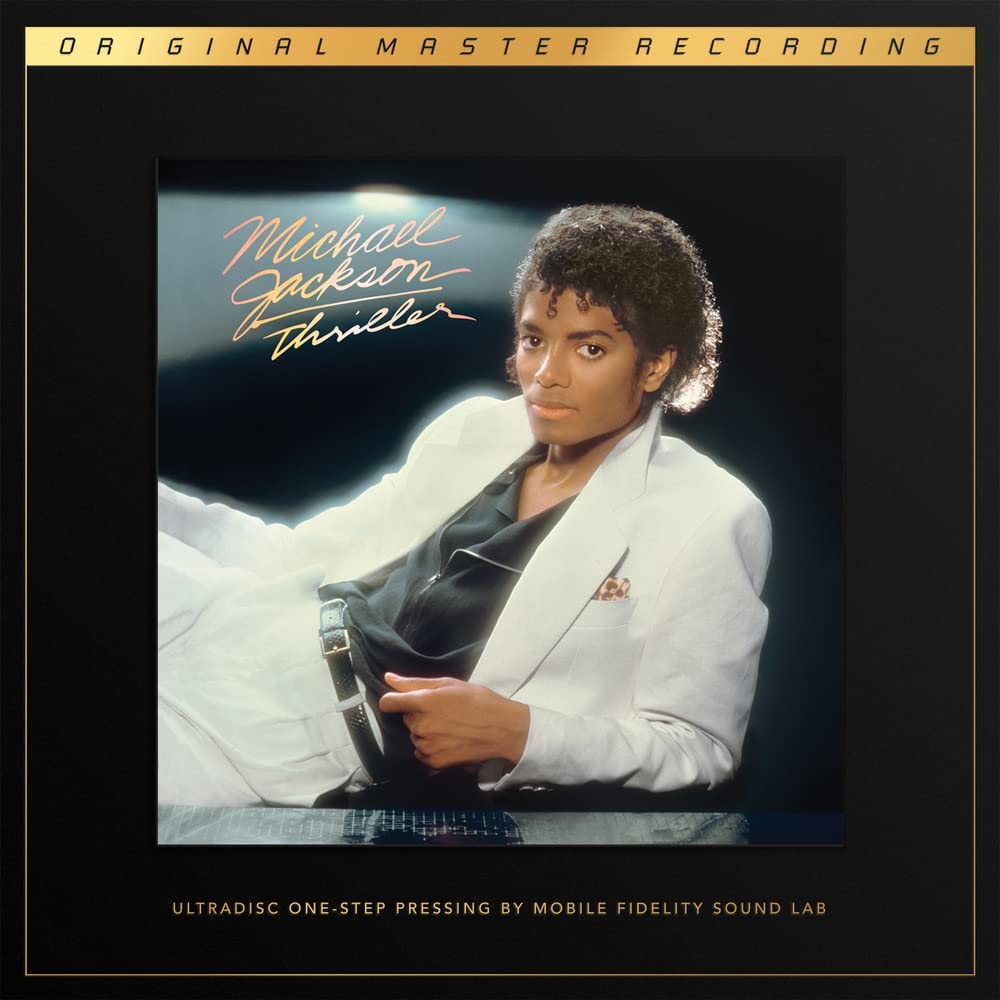 The Best-Selling Album of All Time Celebrates It’s 40th Anniversary: Michael Jackson’s Thriller Receives Definitive Treatment on Mobile Fidelity’s UltraDisc One-Step 180g 33RPM LP SetMastered from the Original Analog Master Tapes and Housed in a Deluxe Slipcase: Experience the Transformative Songs, Soulful Vocals, Sleek Rhythms, and Vibrant Production as If Hearing It All for the First TimePutting into perspective the incalculable impact and pioneering significance of the best-selling album of all time has never been easy. Though Michael Jackson’s Thriller lays claim to mind-boggling statistics – for starters, it netted a record-breaking eight Grammy Awards and sold upwards of 70 million copies globally – that serve as reminders of how pervasive and indispensable it remains to music snobs and casual listeners alike, it’s essence always traces back to the greatness, power, and scope of the songs. Now, as it celebrates it’s 40th anniversary, the blockbuster that reconceptualized music via a genre- and color-blind blend of fleet pop, funk, disco, soul, and rock sent up with cinematic panache and dynamic energy; united audiences; made strides towards achieving racial equality; and taught the world how to dance sounds even more invigorating than it did during the advent of the Walkman.Mastered from the original analog master tapes, pressed at RTI, housed in a slipcase, and strictly limited to 40,000 numbered copies, Mobile Fidelity’s UltraDisc One-Step 180g 33RPM LP set does for Thriller what Jackson’s unforgettable appearance on the ‘Motown 25’ TV special in 1983 did for his career: It makes the music personal, human, desirable, relatable, imaginative – the definition of cool. This extraordinary reissue does so by presenting the songs in lifelike fashion, zeroing in on the fundamentals with laser focus, and magnifying the brilliance of the production, arrangements, and vocals in ways that let everyone experience Thriller as if hearing the album for the first time. ‘It’s close to midnight…’

The New Couple: An absolutely addictive psychological thriller with a shocking twist

An Unwanted Guest: A Novel

Added to wishlistRemoved from wishlist 0
Add to compare
$9.99